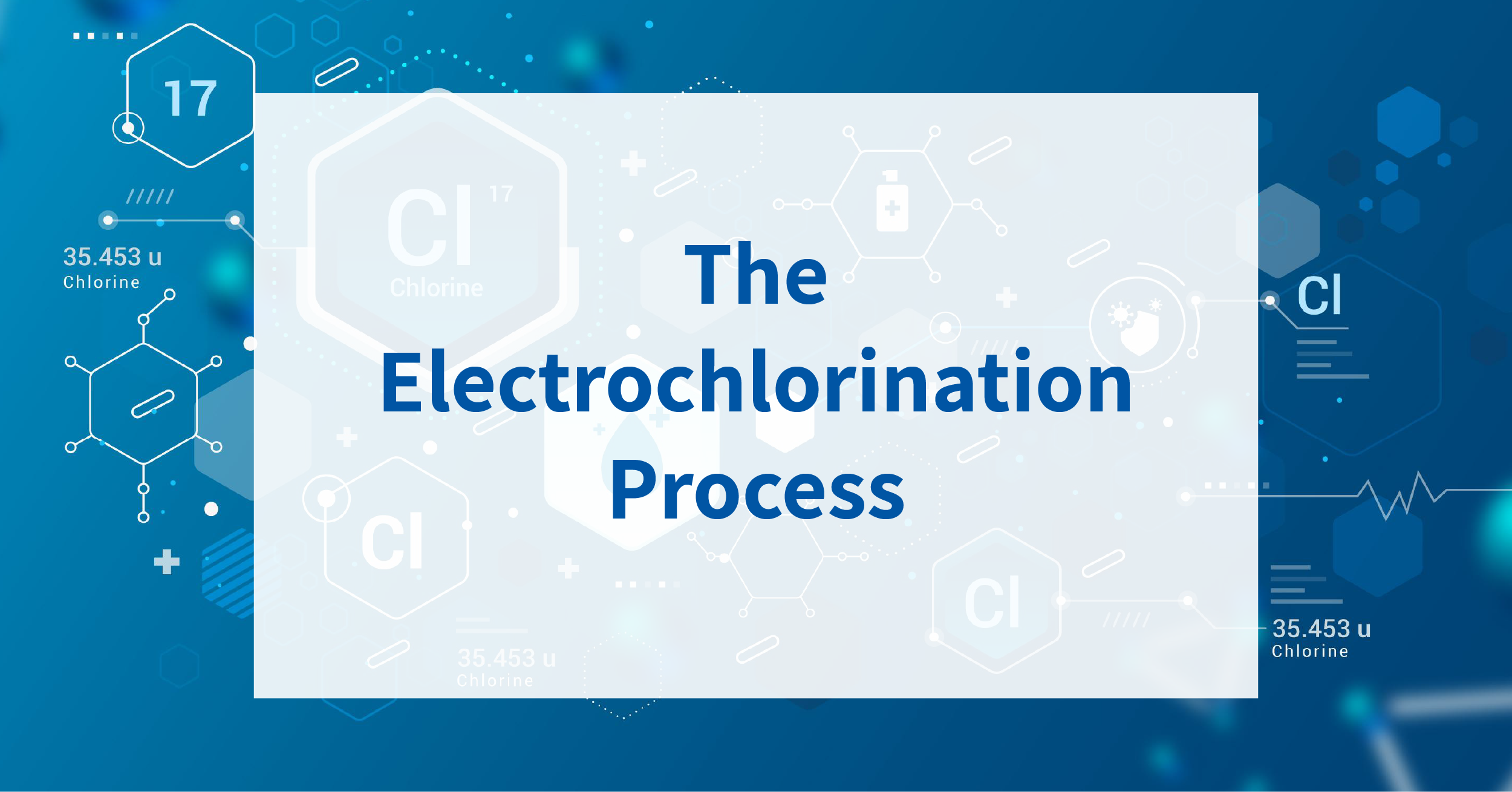 What is the Electrochlorination process?

Electrochlorination is the process of applying an electrical current to salt water to produce dilute sodium hypochlorite (bleach) and hydrogen gas. The resultant sodium hypochlorite solution contains between 0.7%-1% chlorine. This low concentration is considered non-hazardous to humans yet still destroys viruses, bacteria, and other harmful microorganisms present in the water, making it safe to drink and preventing the spread of diseases.

Unlike other chlorination methods, such as chlorine gas or commercial hypochlorite solutions, electrochlorination doesn’t generate any toxic by-products, nor does it require staff to handle hazardous chemicals, such as chlorine or sodium hypochlorite in high concentrations. The only by-product is hydrogen gas and there are processes to manage and disperse this safely.

Electrochlorination is therefore a highly effective and economical technique for disinfecting water. Unsurprisingly, it’s used all over the world, at all scales, from personal electrochlorination units carried by campers in remote locations to giant industrial plants treating potable water for an entire city.

What’s involved in the Electrochlorination Process?

In very basic terms, electrochlorination is the electrolysis of salt water. This can be natural seawater or artificial brine produced by adding sodium chloride, or pure vacuum dried salt, to fresh water. In all brine based systems the incoming water (used to dilute the brine and dissolve the salt) is softened.This reduces calcium and magnesium salts dissolved within the water and prevents the build up of harmful scale deposits around the electrical components and within pipes. This improves the reliability of the system.

After cleaning, the filtered brine flows through a series of electrodes within an electrolytic cell. A low voltage DC current is passed through the solution. At the positive anode, chloride ions are oxidized to produce chlorine. At the negative cathode, the salt water is reduced to sodium hydroxide and hydrogen. The liberated chlorine reacts instantly with the sodium hydroxide to produce sodium hypochlorite, while the hydrogen gas is released.

The chemical reaction is:

The sodium hypochlorite solution flows onwards to a separate chamber or tank, where it is separated from the by-product, hydrogen gas.The sodium hypochlorite is typically low strength, with a moderate pH value. From here, it can be stored in the short term or immediately injected into the main water system where it goes to work, either as a continuous supply or a shock dose.

Would you like to find out more about our premium quality range of Electrochlorination systems?

The by-product hydrogen is highly flammable and has no smell. Therefore it should not be permitted to build up in significant quantities around the electrochlorination equipment as it could explode. Some kind of degassing system needs to be built into the process to make sure the hydrogen disperses safely. Prodose advocates the use of dual containment and force air ventilation of all hydrogen containing components within a plant room. This ultra safe method ensures that in the event of a leak of hydrogen (cracked pipe or leaking fitting) the hydrogen is immediately diluted with air to a concentration significantly below the 4% explosive threshold.

The ProDose team of experts has specified and installed more than 100 electrochlorination systems in the UK and worldwide. Our experience covers a variety of industries and applications, from food production to school swimming pools to drinking water treatment. We offer a range of AMPRO electrochlorinators to suit every operation, footprint, and budget, and we always include a full after-sale support package.

Call us today to discuss your electrochlorination needs, whether you’re considering upgrading your existing system or installing an entirely new one.

END_OF_DOCUMENT_TOKEN_TO_BE_REPLACED

Need help choosing the right system? Please get in touch with us at Prodose. We’d be very happy to talk to you confidentially and on a no-pressure basis.