The dosing of water supplies with chlorine dioxide is a very common and effective method of preventing Legionella within buildings and facilities.

Prodose has recently specified and installed a chlorine dioxide generation system in a large, well-known sports stadium in the UK. This will help the venue to ensure a safe supply of water across all of the site facilities at all times.

The building management team got in touch with us because they were routinely finding low levels of chlorine dioxide in toilet facilities throughout the site.

We looked at the frequency and volume of water use within the stadium. As is usually the case with such venues, demand for water was extremely high during events but also very low at other times. This meant that, during long periods when water within the system was either not flowing or hardly at all, the levels of residual chlorine dioxide dropped down to unacceptably low levels.

We recommended the installation of a larger chlorine dioxide generator and an emissions-proof water storage tank. The large capacity of the generator would be able to keep up with the spikes in water demand during events, for example at half time when many audience members all visit the toilet facilities at the same time.

The water storage tank needs to be emissions-proof in order to prevent chlorine dioxide fumes from entering the plant room. The tanks are very large in order to cope with peak demands. This does however mean that water can be standing static in them at other times, so it is important to be able to monitor this water for chlorine dioxide level to ensure residual levels do not drop too low.

To enable this, we installed a tank recirculating line with a chlorine dioxide residual analyser. This constantly monitors the levels of chlorine dioxide and tops them up when they drop below a predetermined level.

The system has now been up and running for a period of time and the client has been very pleased to now be recording consistent levels of chlorine dioxide throughout the site. This has remained steady at all times, regardless of how long it has been since a large audience attendance. 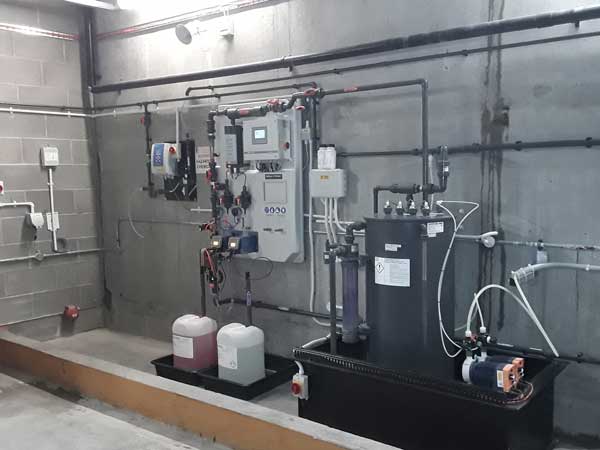 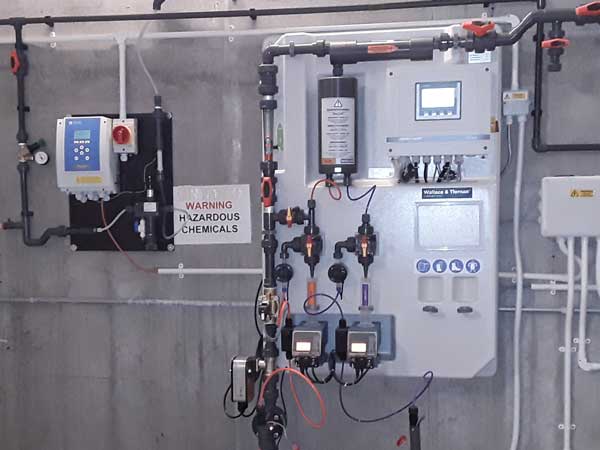 A supplier of bagged salads approached us in 2015 to see if we could help them streamline their disinfection process and save costs. The company produces various products for a number of clients. This includes privately labelled items for some well-known supermarkets....

END_OF_DOCUMENT_TOKEN_TO_BE_REPLACED

New Project Bagged salad producer approaches Prodose.We’ve just received a new order from a producer of pre-bagged salad. It looks like this project will be an interesting case study for any similar food supplier. This client currently uses three flume washers to...

END_OF_DOCUMENT_TOKEN_TO_BE_REPLACED

Food washing: Do you monitor your disinfection levels?In the food industry, it is common for food suppliers and processors to disinfect fruit, salad leaves and vegetables by washing them in water that has been treated with disinfectant. This is an essential part of...

END_OF_DOCUMENT_TOKEN_TO_BE_REPLACED

Is the chlorine dioxide dosing system within your facility providing you with sufficient residual levels to be sure your employees or visitors are protected at all times? If you have any doubts about the effectiveness of your system, or would like to find a smarter way to control your chlorine dioxide dosing, please get in touch with us. We can cover every aspect, from initial consultation to final commissioning of a new system.